The European Open 2016 finals day offered lots of excitement particularly in the individual finals. Somehow the team finals did lack some of the intensity of the recent years, but the individual runs easily made up the difference.

Again, the team relay competition was very difficult to shoot in a sensible way. Some of the course legs barely crossed the center lines, which made getting proper images nearly impossible due to obstructing obstacles (no pun intended). A chosen compromise as the main shooting location provided some usable views, but far from perfect. The winning teams took off from the ring quite quicly, and the victorious German team took their win in a cool manner, so no fancy celebration shots there.

In the individual finals the medium competition culminated into an exciting situation where both Silvia Trkman and Martina Klimesova were reaching for an EO individual gold – again. However, they were surpassed by a Swiss mudi taking the first position by only a 0,01s margin.

Rather likely the most awaited event of the weekend started an hour late from the schedule. The waiting before the runs apparently allowed the spectators and fellow competitors some extra time to surf in the web, as the mobile network slowed down to a standstill. Since any web page or even Whatsapp could not be accessed properly, it was impossible to check the status of the live photo updates. In the midway of the large finals, the photo updates were delayed by around 70 photos, not even showing the Martina’s finishing line dive. Fortunately, the network opened slightly to catch up to the latest events. The large competition as some strange effect to the spectators, as similar network problems were ran into during the national tryouts…

The European Open 2016 received a spectacular finish as Pavol Vakonic, Jenny Damm, Anita Szilakyi and Tereza Kralova went out to run for the EO championship. And boy Tereza and Say showed their abilities. With a virtually flawless run they bested the then leading time by a astronomical 1,5s. Instead of the frustration towards the organizing problems, EO2016 ended in the tears of joy. Tomorrow it’s time to head back home. Thank you for the readers. Until the next time 🙂

This was in many ways a much harder day than Friday. The information received in the morning regarding a complete overhaul of the starting lists meant that the preplanned schedule for pinpointing some teams was obsolete. There were quite a few missed competitors, and the afternoon was mostly spent tracking down the runs by the most successful teams from the morning.

The evening was prolonged more than anticipated, as the prize ceremony came as a sort of a surprise. The simple ceremony took ages to go through, although it was great to see many praised teams on the podium. Hopefully their good results continue in the finals.

Due to a late arrival to the hotel, getting the first un-timed meal got even later, and now it’s just time to wait for the memory cards to download and finish just the essential tasks. Note to self – just get more of the fastest cards, they’ll give more time to sleep.

This was probably the first time I felt that following agility events was objectionable. The early rain made the field very slippery in addition to the already dangerously uneven surface. The Finnish handlers were unanimously expressing after their runs that they just could not get moving. Some had nasty falls, while some headed to search for impressive footgear for the next runs. What is the most unfortunate, several handlers were not so lucky, and information about increasing number of more severe injuries requiring hospital care began to circulate among the participants. Let’s just hope that the handlers in question recover quickly.

Whether the reason for falling handlers could be attributed to the rain or the overall bumpy and patchy surface, in any case these events risking the safety of the handlers and dogs should without question lead to new standards for venues where major international competitions can be organized. Some activity already took place when a photo from unlucky weave exit quickly caught attention in facebook. I originally thought for a short while whether that shot from a burst of frames should be published at all in the live gallery, as it looked somewhat nasty. After a while, it probably served a purpose in stirring discussion for improving agility safety, and as the dog in question got out from the situation unscathed.

As for the far more minor issues, the protocol with starting lists and results – or the lack thereof – started to get on the nerves at some point. Following the progress of the competition of different courses was practically impossible, since the information on which turns different countries are running on each course just was not easily available. One would have thought that even without computer systems the mutual running of the teams could be somehow kept up-to-date, e.g. with the whiteboard system utilized in last year’s EO. Trying to see certain teams other than by chance was practically impossible. And I don’t even want to think on how to find teams in the photos as wearing the competition number was not mandatory. It still remains a mystery why modern technology is not taken advantage of even if it quite likely reduce the overall work of the organizers.

The opening day of EO started with a surprise meeting with a Japanese colleague at the hotel breakfast. Instead of his group’s day in Paris, we headed right away to the competition site, where the parking nearby was downgraded to a more distant spot. There has already been numerous comments in the web concerning the lenghty distance between the parking and caravan areas and the actual course area. Without any prior information, a small bus was arranged to take competitors up and down the hill road. I guess the job for the driver wasn’t enviable at all – taking crazy dog people with their dogs and stuff up the hill with an un-air-conditioned tiny bus while trying to avoid hitting the “normal” people spending their time in the park. Perhaps tells something about the choice of EO site this year.

The team training was nearly as crazy to shoot as the actual competition tomorrow. Three practice courses side by side, where in each two dogs were running at the same time. A hectic ten minutes garnished with a constantly changing light did not give many usable frames. I just cannot wish more that those shots with Ilari & Kriisi in them would not have been the last of the pair at EO. A few hours later the team was shocked with the unforgiving result at the measurement tent: too high for small class – no go. It actually feels weird how the often-sought range of emotions in sport kicked in really hard before a single run was completed.

The opening ceremony followed the traditions, but did not reveal to be a jewel of careful planning. In fact, the parade of the teams took so long that some left the grounds while the last teams were waiting their turn. The speeches would also have served their purpose better if the sound was a bit more audible. Nevertheless, the EO is now open, and the photography bedlam of four simultaneous courses awaits tomorrow morning. One of the happier moments of the day

Yesterday’s first tests for the internet connection over mobile networks did not promise much at the EO competition site. At first, a quick test suggested that the speeds attainable with 3G/4G were on par with the dial-up connections. Sadly, that wasn’t a very big surprise, since the competition area looked immediately already quite rural-like with not too many base stations around. Packing the Parc d’Olhain with hunderds, if not thousands, of tourists in addition to social media keen agility people could put the network rather easily on its knees.

Regardless, in the evening the Team Finland crew got their hands into some local prepaid data sim cards, hoping that they could provide at least a minimum acceptable speed at the EO site, which they did.

While the network appeared to work nicely enough, in the morning the image transfer suffered from continuous interruptions, even if everything seemed to work ok. Some suspicions arose when logging in into some services seemed to take considerably longer than usually. An intensive googling session suggested that the culprit for the slow login could be “DNS reverse lookup”. Searching that topic with “Orange” did not surprise (270000 results). Disabling the reverse DNS function from the used servers over a remote terminal with a phone wasn’t very convenient, but finally did the trick and allowed the images to be transferred as in many similar occasions back home and abroad. I hope tomorrow has some new problems to solve instead of trying the same thing twice 🙂

As before every major event, the last couple of days are without exception full of preparations. Getting ready for the 2016 edition of European Open followed closely the same pattern — first of all, making sure that equipment works properly, at least at the time of departure. Over the past years, the system for processing and eventually delivering photos through the live gallery has became more and more automated in order to concentrate on the time spent where it ultimately matters – behind the camera. The current unsupervised system relies on few little scripts that put the images on the move. Depending on the event, the formats required from pictures that end up for different uses vary a little from time to time. Keeping the correct versions organized on the run is naturally easier to think over at home.

Then, preparing some photos from previous events is usually left to the last minutes for some reason. Fortunately, having a second look into recent images after a small break often provides a more critical view.

When not a single photo has yet been taken yet, it’s usually the time to get prepared for the time when there is likely a five-figure number of shots piled up. For the organization, publishing, and archiving photos, the metadata added to the photos is a crucial part of work. The competitor lists provided by the organizer offer the names, teams, numbers, breeds, and other useful bits of information. However, adding the complete information to all photos can be extremely time-consuming without a streamlined process. This of course requires that the information is converted into a suitable format with keywords and titles. Thanks to the widespread SAGI results application used in national competitions, building such information from standard starting lists is nowadays very quick. But for international competitions the task is completely different.

Organizers in different countries rely on various programs to set up the competitor lists, which means that extracting the information properly from the published lists is often manual work. Fortunately, pdf-to-text conversions, and bouncing a few times back and forth between excel and regular expressions in the favorite text editor will pretty much do the trick. This time, though, as a bonus excercise the names of Czech and Slovakian handlers in particular had suffered from “lost in translation”, as the local accented characters had been replaced with question marks. Some last names, such as ‘Vakonic’ could be barely unciphered without external help 😉 but getting a few other names fixed called for a prolonged wheel-of-fortune session in Google and Youtube in order to find a matching combination of names fitting to the world of agility. In the end, all the names and teams are neatly in special list waiting to be assigned to their respective photos.

Well, flight AY871 has still 32 minutes until reaching Charles de Gaulle, and continuing the voyage towards Bethune with the team leaders and our reporter. 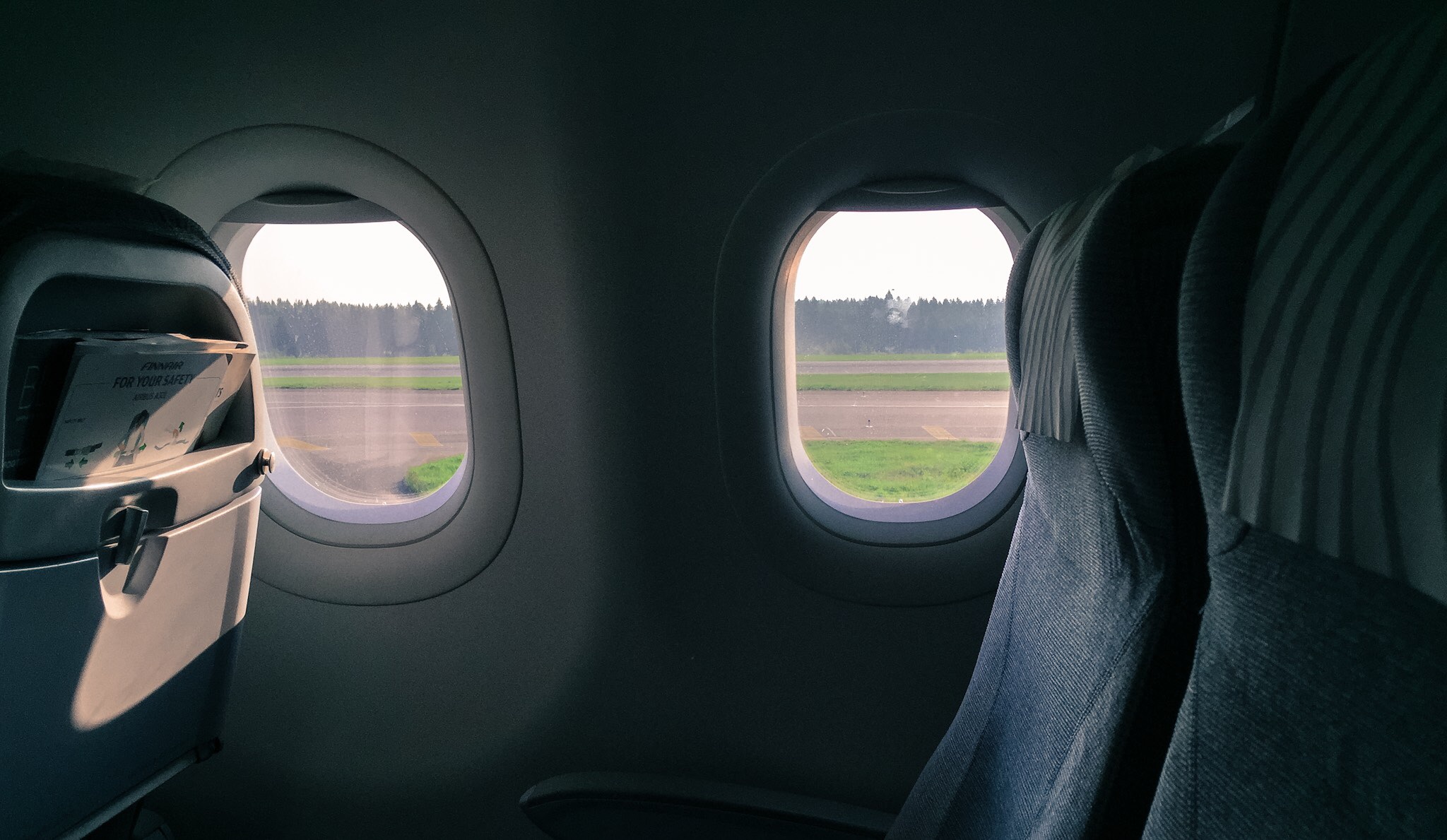 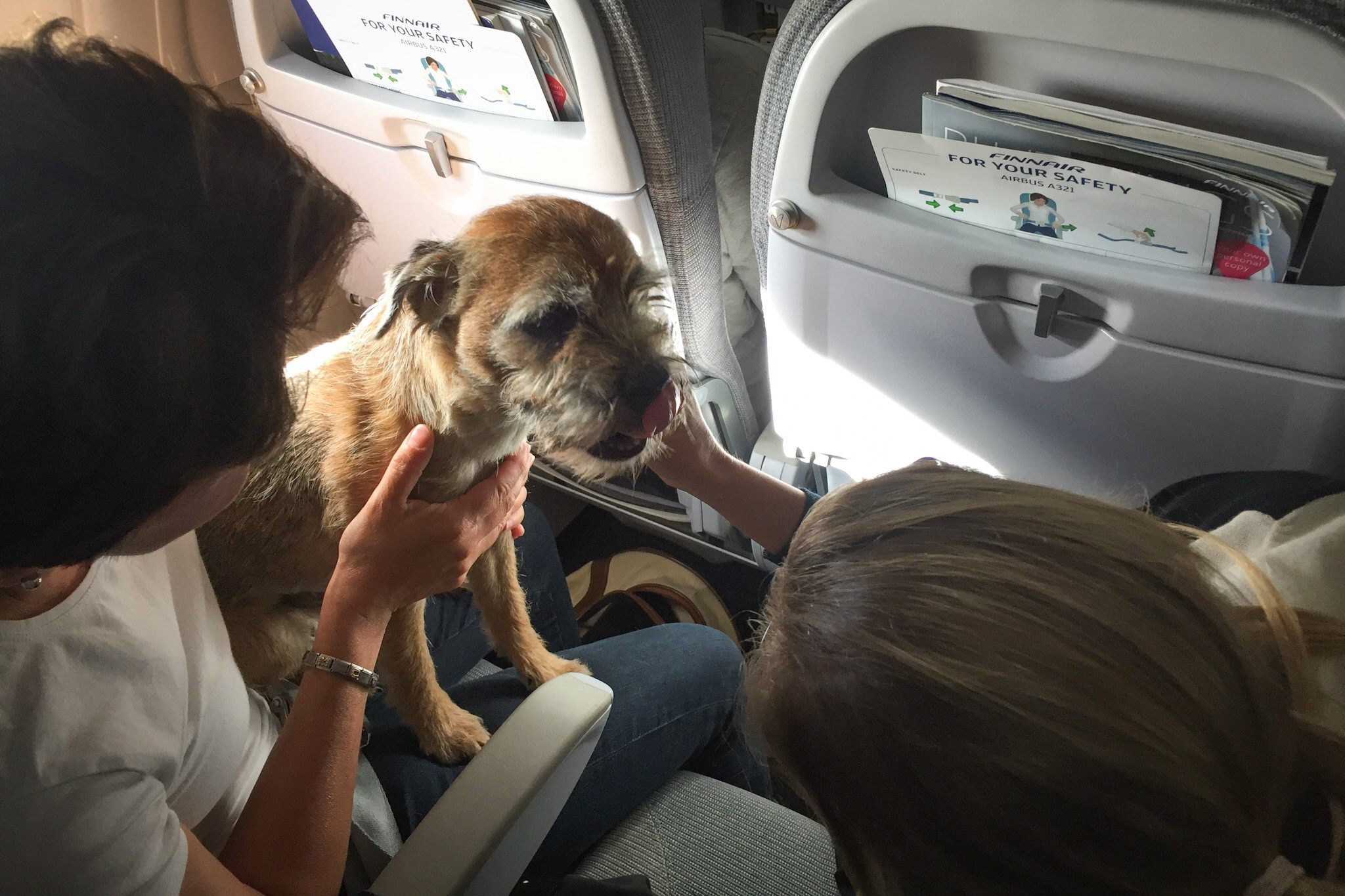